This website is aimed at providing awesome beard oil recipes that you can make at home. When creating beard oils, you will be combining several different ingredients. Before we start combing different things, it’s important to understand what ingredients are necessary, which are optional, and the purpose of every ingredient.

The carrier oil is a type of vegetable oil that has been derived from a type of nut, kernel, or seed of a plant. Every carrier oil will provide a unique therapeutic effect. The type of carrier oil you choose will affect the overall color, consistency, absorption, feel and aroma of the finished beard oil.

Although most carrier oils do have a faint odor, the main purpose of the carrier oil is not to provide a scent to the finished beard oil. Rather, it is to provide nourishment for your hair and skin, as well as give a medium that will carry and dilute the essential oils. Essential oils need to be diluted because even very small amounts produce a very potent aroma, and when put in direct contact with skin, can cause reactions and irritation.

When choosing the carrier oil you want to be in your finished product, the most important points to consider are its shelf life (carrier oils go rancid), its absorption (how well does the skin and hair absorb the oil), and its feel (how it will leave your beard feeling).

It is derived from the seed of the Jojoba plant, which only grows in the arid regions of Southern Arizona, California and Northwestern Mexico.

What makes it so popular is its close resemblance to the skin’s natural oil. Being such, it is used in many cosmetic products such as lotions, moisturizers, shampoos, conditioners, etc.

Jojoba oil has only a very light aroma, and does not interfere with the scents of added essential oils.

Jojoba oil is very stable, giving it a virtually indefinite shelf life. You won’t have to worry about this oil going rancid.

Benefits: Using Jojoba oil in your beard oil recipe will give your beard hair a soft and smooth feeling. It absorbs into the hair and skin very well and is excellent for any with dry or damaged looking beard hair. An interesting (though hopefully irrelevant piece of information for your beard needs) property of jojoba oil is that it is a natural fungicide. It kills fungus and is good at controlling mildew.

Sweet almond oil is a very commonly used carrier oil in beard oil recipes due to its versatility and affordability. 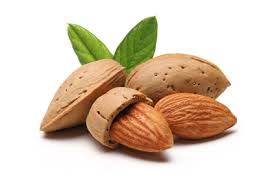 It is derived from sweet almonds (as oppose to bitter almonds, which are highly toxic to humans).

Sweet almond oil has a light sweet and nutty odor. Use this in combination with other essential oils to create the desired end result.

Sweet almond oil has a shelf life of approximately 12 months and should be kept away from extreme heat.

Benefits: Sweet almond oil is best known for its ability to re-condition, soften, and sooth hair and skin. It absorbs fairly quickly, but can leave a slight hint of oil in your beard. 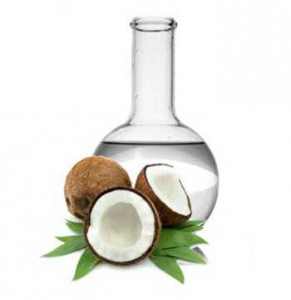 This turns the solid virgin coconut oil into a liquid, which is easier to use in beard oil recipes.

Fractionated coconut oil is also much more stable than virgin coconut oil and has a virtually indefinite shelf life.

It is also odorless compared to virgin coconut oil, which has a distinctive coconut aroma.

Benefits: Fractionated coconut oil is great at protecting the beard hair and helps retain moisture. It will condition your beard, protect it from damage, and help it to grow.

Pressed from certain grape varieties including riesling and chardonnay. 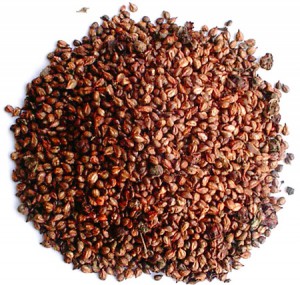 Grapeseed oil is a highly versatile oil that has uses ranging from food preparation, to aromatherapy, to massage and skin care.

The carrier oil of choice for someone who’s skin does not absorb oil well, because grapeseed oil leaves a glossy film on the skin, but not a greasy or oily residue.

The noteworthy thing about grapeseed oil is its high concentration of linolenic acid (omega-3), an essential fatty acid.

The shelf life is not as long as some other carrier oils mentioned on this page. It can last between 6-12 months without spoiling.

Castor oil is pressed from the seeds of the castor oil plant (apparently the plant was actually named after the oil).

Castor oil’s versatility is quite remarkable. It is used in manufacturing soaps and lubricants, paints and dyes, hydraulic and brake fluids, plastics, waxes, nylon, perfumes, etc.

Castor oil is quite a heavy and thick oil compared to other carrier oils, but still absorbs well. It is good at sealing in moisture and protecting hair.

Argan oil is less commonly used for beard oil, but is a truly high quality oil. 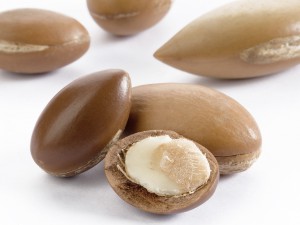 It is derived from the fruit kernels of the Moroccan Argan tree. Due to its relative rarity, it more expensive and more common carrier oils.

It is extremely rich in vitamins and nutrients such as carotene, squalene, tocopherols, phenols and fatty acids. This provides complete nourishment for your beard.

Argan oil absorbs quickly, does not any oily residue, but does have a distinctive odor that is slightly fatty and nutty.

It is best stored in cool places and must be kept out of sunlight to prevent for spoiling.

The above list outlines some of the most common carrier oils used in beard oil recipes, but it is by no means an exhaustive list. Many other carriers oils exist including,

Now that you know a little more about carrier oils, you are in a better position to understand what goes into a a beard oil recipe. If you are not familiar with essential oils, check out this article to learn more about them.

Hope you found this information helpful.

Where To Buy Jojoba Oil – My Favorite Carrier Oil